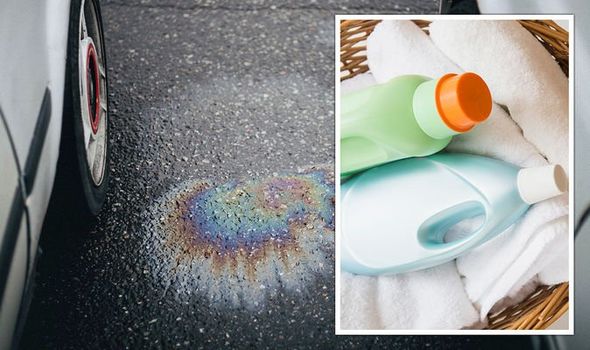 Mrs Hinch, whose real name is Sophie Hinchliffe, has garnered popularity in recent years due to her cleaning recommendations on social media and TV. Since gaining popularity, she has amassed a whopping 4.1 million followers on Instagram. Now, fans of hers have shared their own social media groups dedicated to cleaning and tidying tips.

On one group that has over 635,000 members, a Mrs Hinch fan asked how she could remove oil marks from her driveway.

She asked: “Any tips on how to get rid of oil marks off my drive way.

The post was inundated with comments from fellow cleaning enthusiasts with washing powder or laundry liquid being the most common suggestions.

Another individual replied: “Laundry liquid worked on ours. Scrubbed it with hot water.”

Another said: “Laundry detergent, has to be biological.”

Another said: “Washing powder and scrub should do the trick works on the hands too.”

Another cleaning fan explained: “Biological washing powder. Spread layer over, leave a few days then if it hasn’t rained, spray with watering can, then use deck scrubber, then jet or power wash.”

You can buy 750ml of Easy Concentrated Laundry Liquid from Online Pound Store for £1.

Other suggestions from Mrs Hinch fans were to use full fat cola, WD40 and Fairy Liquid.

While another person suggested: “Fairy liquid gets rid of oil and grease.

“Squirt a fair bit on a scrub with boiling water.”

Another said: “Fairy washing up liquid, boiling water and a power wash should do the trick.”