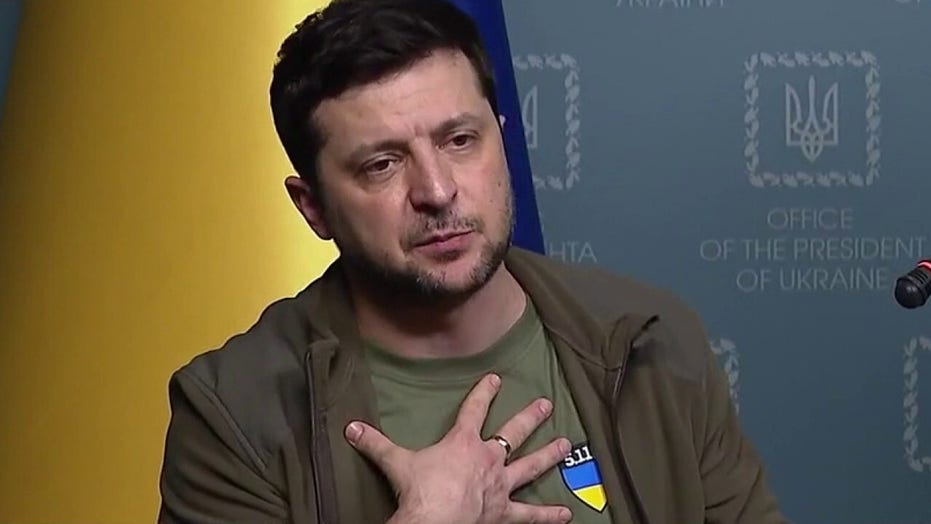 Ukrainian President Volodymyr Zelenskyy is set to be named a recipient of the Ronald Reagan Freedom Award for his “indomitable stance for freedom and democracy” as Russia’s invasion of Ukraine continues for a twelfth day.

The Ronald Reagan Presidential Foundation & Institute is set to announce the award Monday for Zelenskyy’s “courageous fight against tyranny.”

“The world applauds President Zelenskyy and all that he stands for—democracy, individual liberty, freedom and hope,” chairman of the foundation and institute board of trustees, Fred Ryan, said in a statement according to Axios, which first reported the expected award.

Ryan provided the news of the foundation’s award to Zelenskyy by letter, which was delivered during a meeting with Ukraine’s Ambassador to the United States, Oksana Markarova.

“These are the values and principles that Ronald Reagan fought for all his life and what his foundation promotes today,” Ryan said. “President Zelenskyy’s devotion to the cause of freedom is truly a symbol of man’s highest aspiration. He deserves to receive the Reagan Freedom Award.”

The award is considered the “highest civilian honor” bestowed by the Ronald Reagan Presidential Foundation & Institute, and is given to those who have made “monumental and lasting contributions to the cause of freedom worldwide.”

Zelenskyy was sworn in as the president of Ukraine on May 20, 2019, and has become the “face of Ukraine’s resistance against Russian President Vladimir Putin’s invading forces,” the Reagan Foundation said, adding that while he was a “political novice with no military background, President Zelenskyy has earned the respect of Ukraine and those around the world by refusing to flee the capital, urging Ukrainians to resist, and crafting a successful communications strategy that has won over European leaders and citizens.”

Former President Reagan, in May 1992, gave the award to former General Secretary and President of the Soviet Union, Mikhail Gorbachev. 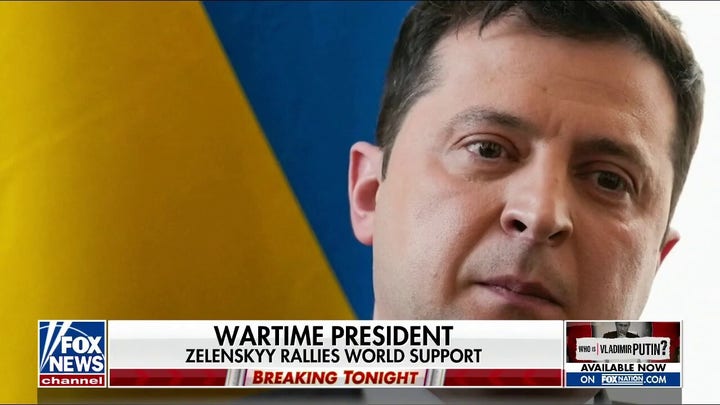 On June 12, 1987, Reagan challenged Gorbachev to deliver on international peace and progressive policies. His challenge was heard around the world during a speech that marked a turning point in the Cold War.

The award has also been given to then-chairman of the Joint Chiefs of Staff, the late Colin Powell; Yitzhak Rabin, former prime minister of Israel; former President of Poland Lech Walesa; Bob Hope, the ambassador of “Goodwill”; former British Prime Minister Margaret Thatcher; and former President George W. Bush, among others.

Ukrainian officials said last week that Zelenskyy has already evaded one assassination attempt that was intended to be carried out by a group of elite Chechen special forces.

U.S. officials have reportedly urged Ukrainians not to allow senior officials to remain in the same place for long periods of time and to move to locations outside the nation’s capital, The New York Times reported, citing a person briefed on the conversations.

Zelenskyy has remained in Kyiv during the invasion and dispelled rumors last week that he fled the country.

Zelenskyy, over the weekend, asked Congress for more lethal aid, more planes, more sanctions, and to shut down Russian oil exports during a virtual video call with lawmakers as Washington weighs more aid to help Ukraine fight off the ongoing brutal Russian invasion.

The meeting came as NATO rejected a Zelenskyy request for a no-fly zone over Ukraine to provide air cover for the Ukrainian people. Zelenskyy slammed the decision, but NATO Secretary-General Jens Stoltenberg warned that having alliance planes over Ukrainian airspace could spark a new world war.

Ukraine is not a member of NATO and therefore not subject to the Article 5 provision of the NATO alliance that says when one member country is attacked all member countries will take action to assist.

The Biden administration is requesting at least $10 billion in new money to provide aid to Ukraine amid Putin’s war against the nation. The aid would go for additional humanitarian, security, and economic assistance in Ukraine and the neighboring region in the coming days and weeks, according to the Office of Management and Budget (OMB).

Meanwhile, on Monday, in a video address to the Ukrainian people, Zelenskyy said they “never wanted this war but it has been brought.”

“We never dreamed of killing but we are forced to get the enemy away from our lives and our land,” he said. “We have to go through things that any other European people hasn’t had to experience in the last 80 years.”

Zelenskyy said the Ukrainian people are “deciding the future of the continent with our resistance.”